Let’s be honest here… Politics and elections are probably not on anybody’s top 10 favorite topics. Even more so now, with the current political climate being one of extreme polarization, in which dialogue seems all but impossible. Because of that, many people would like to simply ignore the whole thing. While this wish is understandable, it is now that we need, more than ever, to be present in the public life and make sure to vote and have our opinions heard. From the midterms in the United States to the presidential elections in Brazil, whatever we decide in the coming months will have an impact for decades!

In the Brazilian presidential elections, for example, we have candidates from the whole political spectrum, holding positions that couldn’t be more different from one another. Nevertheless, we can notice a trend in their speeches: virtually all of them promise to reduce bureaucracy and optimize the public administration, and several of them have even argued for the use of blockchain technology for that!

The blockchain is, in short, a distributed and decentralized database, in which information is stored in a linear, immutable manner. And since now you must be wondering “but what does it have to do with the elections?”, we have decided to make a compilation here to explain some of its potentials and to show cases in which it has already been used in Brazil, so be sure to check out this post!

Advantages of blockchain for the elections

Several countries are already testing the technology for the elections. In the United States, for example, the military personnel from West Virginia stationed abroad will vote for the 2018 midterms via a mobile blockchain-based app. We have previously listed the six advantages of using blockchain for this process, but let’s recap and summarize it here:

You can also check out our video below, in which we discuss these advantages. It is in Portuguese, but you can select English subtitles!

Blockchain in the ABFintechs elections

In Brazil, the blockchain hasn’t been used in public elections yet, but it was already to elect the new board of the Brazilian Association of Fintechs, in October of this year. The new way to have the election, based on OriginalMy’s Blockchain ID, was groundbreaking and helped to save time and money, being about 6.5 times cheaper than the traditional one!

The blockchain can also be used to fight fake news, which has become a real epidemic in our electoral context. Because the information in this system cannot be changed, it becomes an excellent tool for gathering evidence, for example, if you want to sue someone for sharing slanderous or defamatory content.

OriginalMy has developed a Chrome plugin just for this purpose. With it, you can scan the web page that contains the fake news and generate a report in PDF, attesting that that content existed as such at a given time. So, even if the post is deleted, you will have proof that it existed and then be able to take the appropriate action!

You can check out more about the possibilities of blockchain in fighting fake news in the video below (it also has subtitles!).

Presidential candidate Fernando Haddad made headlines by registering on the blockchain his government plan. With this, he created a reference file, immutable, that can be used to deny false news and rumors. Also in this case, the OriginalMy platform was used, with the file being stored in the Decred blockchain.

Other presidential candidates have used the technology. Marina Silva had already used the blockchain to register the donations made to her campaign, in order to make them more transparent and traceable. In addition, through the Voto Legal platform, she ran a crowdfunding campaign that raised almost R$ 100,000.00! 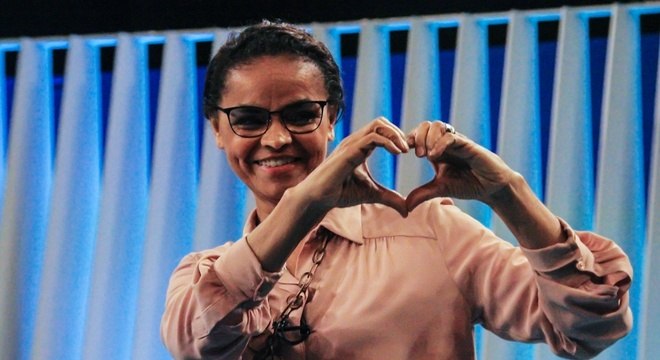 The candidate João Amoêdo, in turn, even proposed the creation of a blockchain-based “Digital Government”, in which citizens would create virtual identities that would be the basis for accessing various public services.

Blockchain and democracy beyond voting

The blockchain can, even further, be used in various initiatives to increase citizen participation in public life. It can be used to give more publicity to Congress activities so that voters can more closely monitor the work of their representatives, or even to facilitate access to information in the government transparency portals.

An important example is the Mudamos+ application (“We change+”. in a rough translation), with which voters can sign initiatives. According to the Brazilian Constitution, if these projects collect the signatures of more than one percent of the electorate (from the municipality, province or country, depending on the case), they must be voted by the Legislature.

But unlike online petition platforms such as Avaaz, the Mudamos+ also verifies, through the OriginalMy platform, the identity of the people who sign the project, so that these signatures have full legal validity. Thus, in addition to reducing the bureaucracy and logistical bottlenecks of this type of project, it contributes to the realization of a constitutional right, which is the direct participation in Brazilian democracy.

As you can see, the uses of the blockchain for democracy, in the elections and beyond, are varied and promising, and some of them are already being implemented in Brazil!

So, did you like this post? Then share with your friends and start the debate about the possibilities of this technology for the politics of your country!